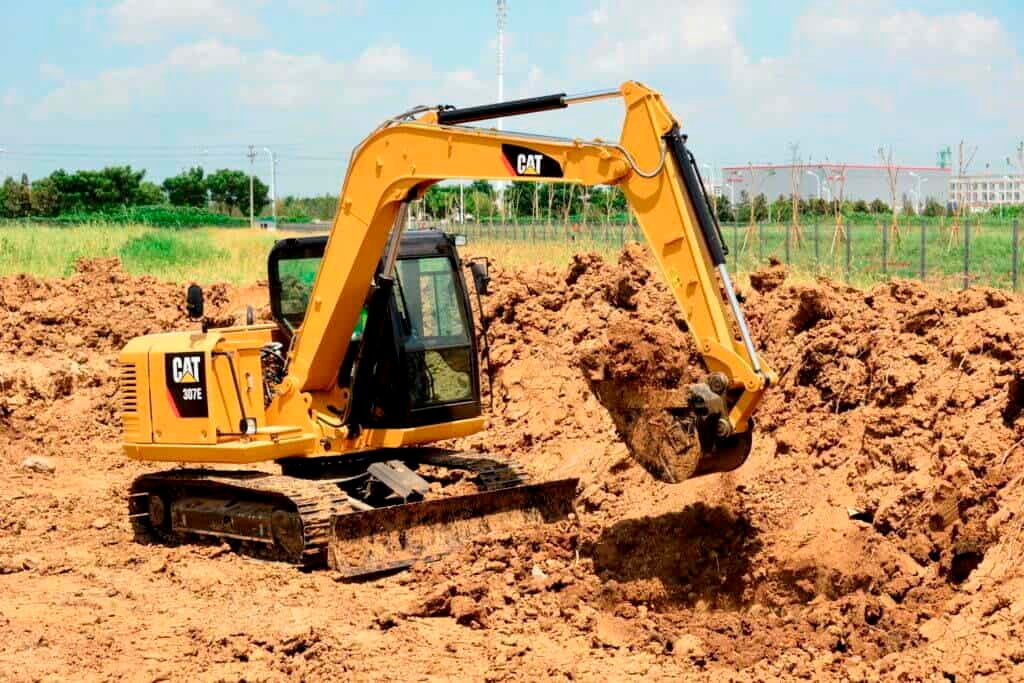 Excavators are a must on your job site, especially when you need to lift heavy soil. Excavators are famous vehicles that feature a rotating cab. They also have a bucket, arms, and movable tracts. These attachments provide exceptional digging mobility and power. They help the equipment perform different functions. From breaking holes and trenches to lifting away waste and excavating mines.

In the general context, standard excavators are large excavators. They are used for mining and heavy-duty construction jobs. Meanwhile, mini excavators are capable of fitting through crowded sites. Examples of these are indoor spaces and parking lots.

The matters above are an overview between the standard and mini excavators. Now, let us go through each of their differences until the end of this article.

One of the biggest concerns of renting heavy equipment is transportation. Moving the equipment from one place to another is such a tedious task. Transporting standard excavators takes more time, cost, and space. This is because they need extra energy consumption. These machines are also harder to move, which is why others prefer mini excavators.

Fortunately, transferring excavators will not be that challenging anymore. Thanks to the mini ones, operators can now easily transport them. Mini excavators are small and compact. That reason alone them moveable with the help of small trucks. Mini excavators can also fit into the extended pickup beds or truck’s trailer. Very convenient, isn’t it?

The size of mini excavators gave them the advantage to be used in different site projects. They can be used for small demolition jobs, small home renovations, and many more. Mini excavators have access to places where standard excavators do not have. Accessibility is the major selling point for any operators and contractors. Since mini excavators are helpful, they are most often used in site operations.

Standard excavators are known for their roaring sounds whenever used. They contribute so much to noise pollution. People often raise complaints against contractors using standard excavators.

For standard excavators, you have to prepare a large amount of space to accommodate them. Oftentimes, operators had to break down a few walls to store the equipment. With that, standard excavators often cause huge damages, resulting in more expenses.

Mini excavators are best for small sites. They can move despite the narrow area and operate quickly. Mini excavators also do not dig up the extra surface. These machines also leave lesser footprints and reduce ground damage.

Due to the size of standard excavators, their operational costs are also large. They also consume a huge amount of energy. Given that information, constantly using them can be detrimental to the environment.

To lessen the carbon footprint, mini excavators are used. These machines use less power and have cheaper operational costs.

Wear and tear is the biggest enemy of all types of equipment. Standard excavators are prone to damage because of their size. They are also used in rigorous operations. This is why they often undergo repairs and maintenance.

We all know that site operations are costly. As much as possible, contractors find ways to cut the cost while still retaining the quality of the job. Before, people only had standard excavators. There was no cheaper option. Thankfully, mini excavators are now available to save you money.

Operators of mini excavators do not need any special driving training to operate. Mini excavators have truly proved that they are the best choice for your project if you are on a budget. Its small size yet high functionality has a significant advantage for its users. Mini excavators can perform anything that the standard ones can do but at a cheaper rate.

Mini excavators are easier to use

Standard excavators are challenging to operate. Most of the time, operators have to train for months to get used to all its features. Because of its vastness, operators are expected to go through a series of training first.

Unlike the standard ones, operating a mini excavator is much easier. Almost everyone can immediately operate this type of machine. Its system is very user-friendly, which reduces training costs. This feature also helps save time, making you finish the project sooner.

Mini excavators are smaller in size

This is probably the most obvious difference between the two. It might sound like a broken record, but yes, mini excavators are the ‘mini’ of standard excavators. This reason alone makes them convenient to use in all aspects. They also need lesser fuel, which is very cost-efficient. Mini excavators also have a reduced tail swing or even a zero tail swing. This makes the machines easier to maneuver in cramped job sites.

Since mini excavators are smaller, they are often the go-to equipment. They can also be used in a variety of services, such as loading jobs, snow removals, landscaping, and more.

How Do I Choose Between the Two?

Before you pick on which equipment to use, you should know first what is needed in your operations. You may ask yourself these questions: Will I need a small excavator, a mid-sized, or a large one? Is my job site located in an urban landscape with many obstacles and buildings? Or is it situated on a flat empty landscape? What is the max operating weight limit of my job site?

Most importantly, ask yourself this question: Do I have big or small storage space? If you were able to answer these questions, then you will already know which excavator to buy.

Excavators are not cheap. You also need to have a significant amount of money to buy one. So make sure that you have contemplated all factors before purchasing. If you also are on a tight budget, you can consider renting. That way, you will not have to spend a significant amount of money in one sitting. Although, keep in mind that rental fees can add up fast. In the long run, purchasing your own excavator is still a better investment decision.

Whether you are using a standard or a mini, excavators are undeniably efficient in all job sites. They play a huge part in the succession of the operations. There isn’t that much of a difference between the two, except for their size, weight, and control. The best way to identify if you need the standard or a mini is to know everything about your operation. Do not solely depend on what your competitors are using. Seek the equipment that you need the most. Ask yourself the questions above. Then, you might finally have the answer that you are looking for.

I hope the article was able to enlighten you on how to differentiate these two popular machines. Most of the time, people are confused about which is which. They often think that every machine that has a long arm is already an excavator. But this article is here to tell you that there are many types of excavators. You only have to pick one that suits you the best.

After reading everything, remember that these machines are still dependent on our usage. Even if these machines are effective in almost all types of jobs, they still need utmost care. If operators are lenient, the machines can immediately degrade. This is why consistent repairs and maintenance are required to keep them going.

To know more about mini excavators, you can check the Mini Excavators Product Page.